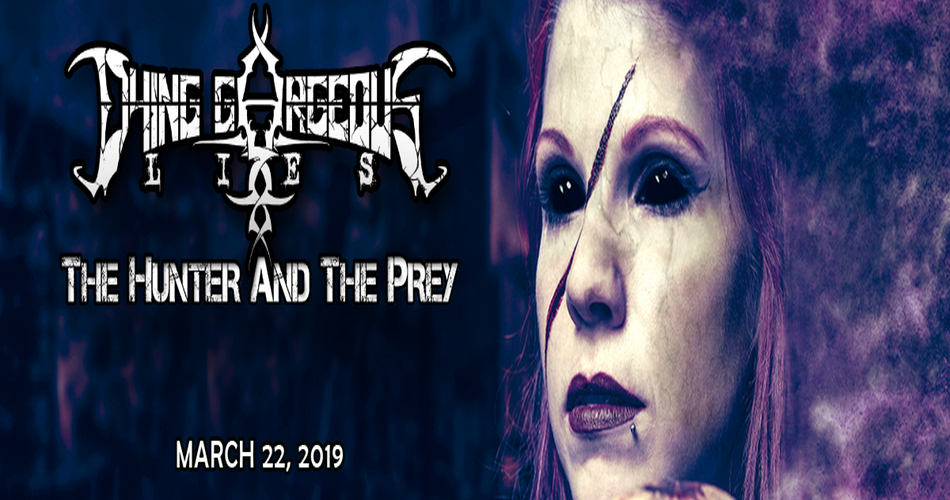 "Female-fronted heavy/thrash from Germany? You know I'm going to be all about that! Especially on a Friday folks and (even more so) after what amounted to a very L-O-N-G week! All after, what better way could there possibly be (at least legally) to unwind then with some (take-no-prisoners and leave nothing but carnage and shattered ear-drums in our wake!) face-ripping thrash? Well, that's what your in for with this digital-only release and, other then the downside of this being only two-tracks, there's nothing to complain about when it comes to this bunch! Of course it doesn't just have to be a Friday for wicked thrash as this is one form of metal that lives and breathes 24/7 in my heart. And it has been that way since I heard my first "thrash" album, Metllica's "Kill "Em All". Since then I've seemingly seen and heard it all friends. And yet I'm still pleasantly surprised when a new band like this falls into my lap and proves to me that thrash is not only still kicking, but kicking it with fire in it's belly and a hungry for blood appetite! With that let's get back to Dying Gorgeous Lies and their latest piece of metallic mayhem. With a back-catalog that includes not only this "single"*, but also a 2009 demo ("3 Of 9 Lies"), a 2010' three-track release called "Hentai No Bakayarou" (referred to online at different places as both a demo and a single) and 2011's full-length album, "Insanitarium" (which I just downloaded off of iTunes!), this is one bad that sounds as if it has kept itself busy since the word go! Formed back in 2009, and hailing from Kulmbach, Bavaria to be exact, the group's (appropriately-named!!!) front-woman, Liz Gorgeous, rules on the mic while the rest of the band encircles her with precision in order to create the perfect back-drop upon which she can unleash her fury! Really her voice is neither too rough or too smooth, but instead it ends up falling somewhere between the two extremes meaning you've got an intense presence on the mic whose vocals are actually understandable and not unintelligible! Still, there is more to Dying Gorgeous Lies then just the lovely Liz Gorgeous as this is a case where the whole product gels together without any particular elements coming across as necessarily better or worse. When you have two very good guitarists in Mashl J. (who also handles backing vocals as well as the smashing lead solos!) and E. Burned and then you add in a steady rhythm section that is formed around the pair of Buzz´D Joe (bass) and J.J. (drums) then (collectively) you find yourself with line-up as strong as this one. While "Rising Hate" is only a brief look at Dying Gorgeous Lies it's enough to suggest that the group's upcoming new album (due for release sometime latter in 2014 I believe) should be another step forward for the band as they look to make more of a name for themselves not only in Germany, but worldwide. This release (as well as their last full-length album "Insanitarium") can be found on iTunes. Be sure to check out the group's official website (http://www.dying-gorgeous-lies.de/) as well as their Facebook page (https://www.facebook.com/pages/Dying-Gorgeous-Lies/251599364280)."